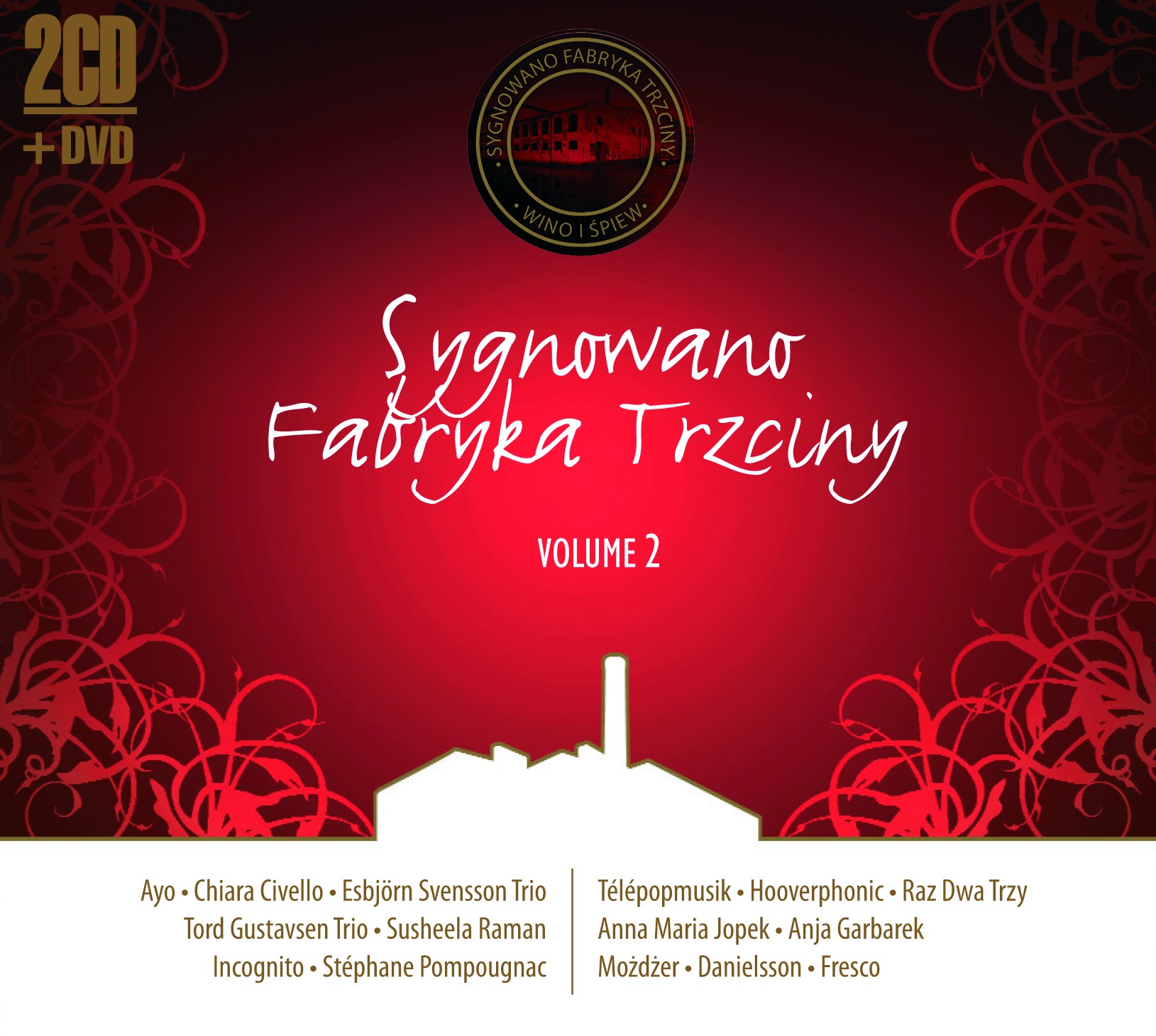 On the 22nd of November, fourth birthday of Fabryka Trzciny, the market saw the second edition of the musical compilation from the famous Warsaw Centrum Artystyczne – “Sygnowano Fabryka Trzciny vol. 2” (2CD + bonus DVD). As for the first edition, on two discs published by STX Records and Universal Music Polska there music pieces by artists who had already performed on the stages of Fabryka Trzciny. Stanisław Trzciński selected the rich artistic repertoire for the album.

The compilation, first published in 2006, has already acquired a group of true fans. For them and for those who will reach for avant-garde musical mix for the first time the organisers have prepared a pleasant surprise. Along with the exclusively published album there comes a DVD with a recording of “Elking” play, starring Tomasz Kot and Tomasz Karolak among others, played on 16th February 2007 in Teatr Nowy Praga in Fabryka Trzciny. Presented according to a script by Axel Hellstenius, and enjoying enormous popularity the play talks about basic, important to all, sense of closeness with another person.

Apart from the excellent theatrical surprise, “Sygnowano Fabryka Trzciny vol.2” contains as well the usual strong dose of highest quality music. Among the many superb foreign performers on the record there also are: the enchanting Ayo, one of the best jazz vocalists in the young generation Ciara Civello, unusually talented Anja Garbarek, the Swedish band Esbiorn Svensson Trio, the acclaimed DJ and producer Stephane Pompougnac, the French group Telepopmusik, and the legendary soul funk and acid jazz group – Incognito. There was no lack of music by Polish musicians, who could be heard live in Fabryka Trzciny. On the record there were songs by: Anna Maria Jopek, Ania Dabrowska, Smolik, Leszek Mozdzer and the bands Raz Dwa Trzy and Muzykoterapia.

“Fabryka Trzciny is a place gathering around itself many artistic individualities. The team who work here, and especially my Father among them – discoverer and founder of Fabryka, Wojciech Trzciński, carefully chooses the programme proposals. At the same time it’s a place very open to experiment and yet unknown in wider circles talents. Such is in part the new musical album. Apart from the established and appreciated names there are artists who should be looked at more closely.” – said Stanisław Trzciński.