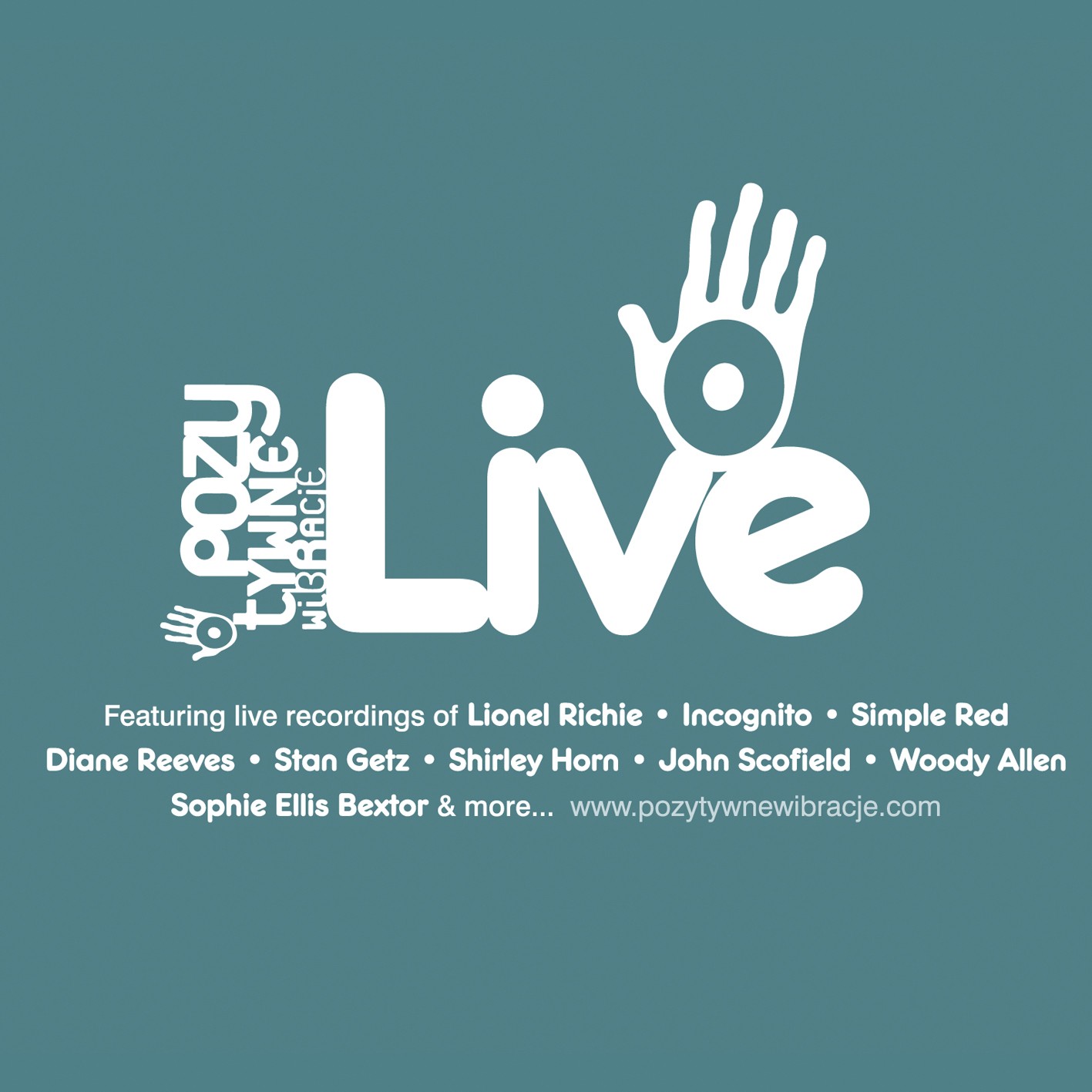 Thanks to the LIVE disc you can find yourself in the best concert halls of the world.

Listeners can find on them interesting discoveries and unusual standard, assiduously gathered for many years by the creator and producer of the series – Stanisław Trzciński. “Each thematic album is a separate adventure, a separate excursion into the world of music” – says Stanisław Trzciński. He adds: “Live is the artists from Pozytywne Wibracje in their best live performances, Classics is the 70s and 80 in the strongest set imaginable, Dance is the Pozytywne Wibracje pieces in remix, dance versions, club versions and best house versions”. In short: Live is to listen, Classics is to retro party and dance is a good stylish club party.

For the first time in history the Pozytywne Wibracje albums are single disc – and each contains over 80 minutes of best music. The price of one album is accessible. This is the equivalent of the price of a single Polish record. The albums were published in De Luxe versions. In a metallic coloured wrap there is a box with a disc, a pleated booklet and lovely polygraphed finishing.

The intensive promotion of three new flavours of Pozytywne Wibracje had begun during the advertising campaign for Pozytywne Wibracje vol. 7 (intensive campaign September – November 2005 + a concert of world famous star Macy Gray in Warsaw – an event in Sala Kongresowa and Fabryka Trzciny). In May 2006 in Programme 1 in TVP there were ca. 70 spots advertising the Audio tele competition and presenting the front covers of the premieres discs of Pozytywne Wibracje. On top of that there were outdoor advertisements – citylights in Warsaw and a 1000 billboard campaign in all the Intercity trains and a banner on EMPIK Nowy Świat store and 100 radio advertising sport in Radio PiN 102 and a large campaign in Onet.pl and press adverts in magazines Viva and A4.