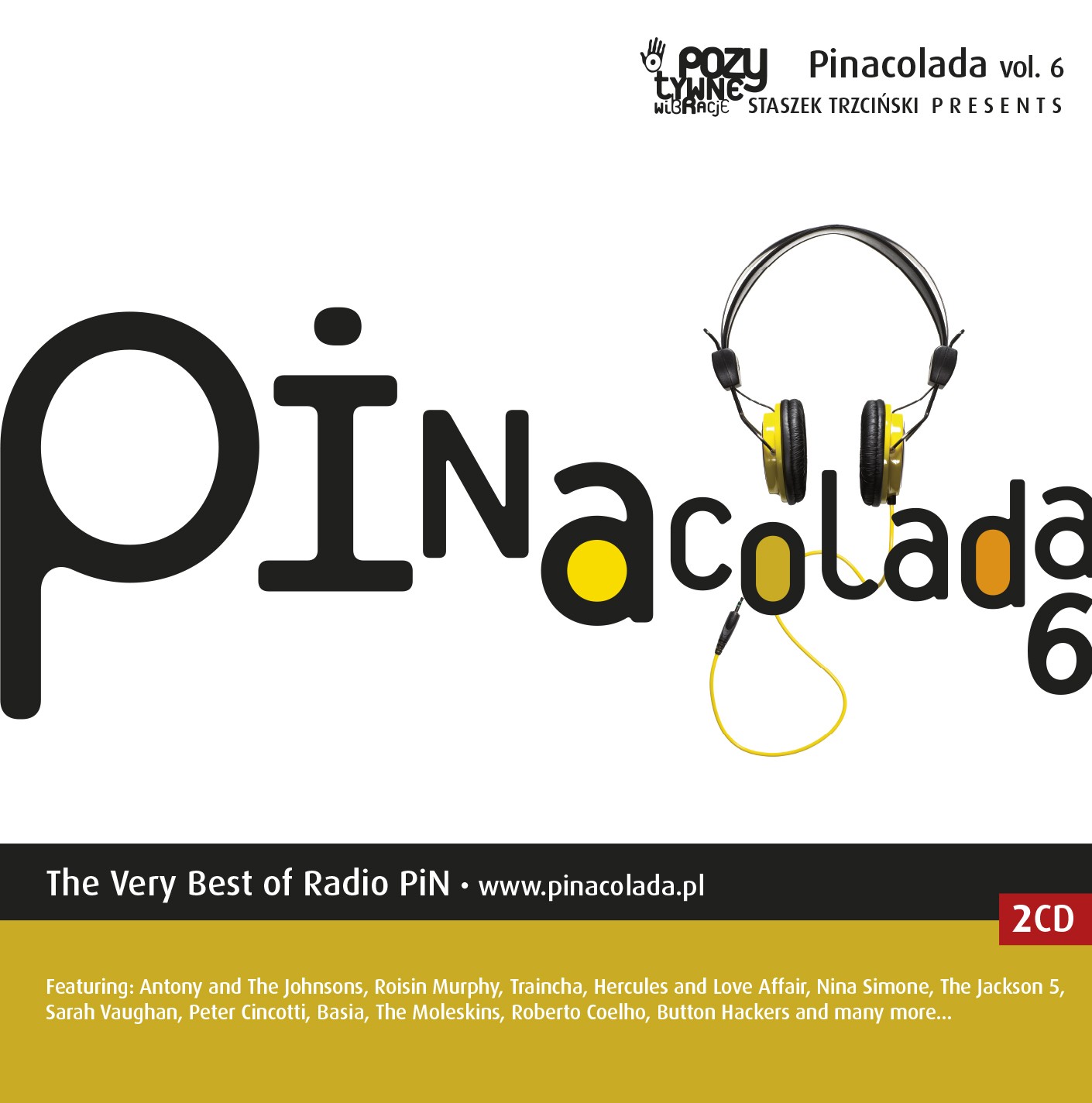 May 15th 2009 saw the long awaited album premiere of the legendary series, “Pinacolada vol. 6 – The Very Best of Radio PiN”. It’s one of the most prestigious Polish music compilations. It’s been two years since the last part was published. In mid-May 2009 the ever-growing group of fans received into their hands the latest, sixth reveal of the series. In the opinion of all persons working on the project, musically it was one the best and strongest offerings on the market this year.

“The next edition of the house special by Radio PiN is as usual unusually flavoured” – explains Emil Marat, Programme Director of Radio PiN. “We showcase the music by artists who are hard to encounter in a single publishing house: the triumphant Anthony and the Johnsons and the forever rediscovered, immortal Nina Simone; young but certainly ingenious Peter Cincotti and the ever younger Basia; the charismatic Rosin Murphy and irreplaceable Sarah Vaughan, and many other well-known and just discovered artists who add this this collection’s attraction”.

Stanisław Trzciński, co-creator of the album and the boss of STX Records, adds: “The publication of the sixth part of Pinacolada coincides with the sixth anniversary of Radio PiN’s presence in the Polish market, and the fifth anniversary of my weekly Pinacolada program on the Radio PiN air (it was broadcasted between the years 2004-2012). As I was running the show which later provided the name of the mix I was never expecting that we would see such positive feedback. It’s been two years since publication of the last part. I agree with all who say that it was a long time and I promise that the next instalment will reward you for this wait. It’s certainly one of the best parts of the series. Now, for the first time the Pinacolada promotion was accompanied by a television ad campaign in Polsat”.

“But Pinacolada 6 is also special for another reason” - adds Emil Marat. “It is being published when Radio PiN is finally starting overland broadcast out of Warsaw. Have we made it in those uncertain times? It might sound a little immodest – we have already made it, due to exceptional people – the listeners and the co-workers whom we were able to gather around our Radio. Once more: thank you”. On this, as usual, double CD we have such artists as: Antony and The Johnsons, Roisin Murphy, Traincha, Hercules and Love Affair, Nina Simone, The Jackson 5, Club Des Belugas, Sarah Vaughan, Peter Cincotti, The Moleskins, Roberto Coelho, Nicola Conte, and Polish origin band Button Hackers, who’s music is also promoting the mix in the media.

The intensive promotional campaign of the album is provided by: Polsat, TV Biznes, Metromedia, ELLE, Newsweek, Party, Infomuzyka.pl and Onet.pl.